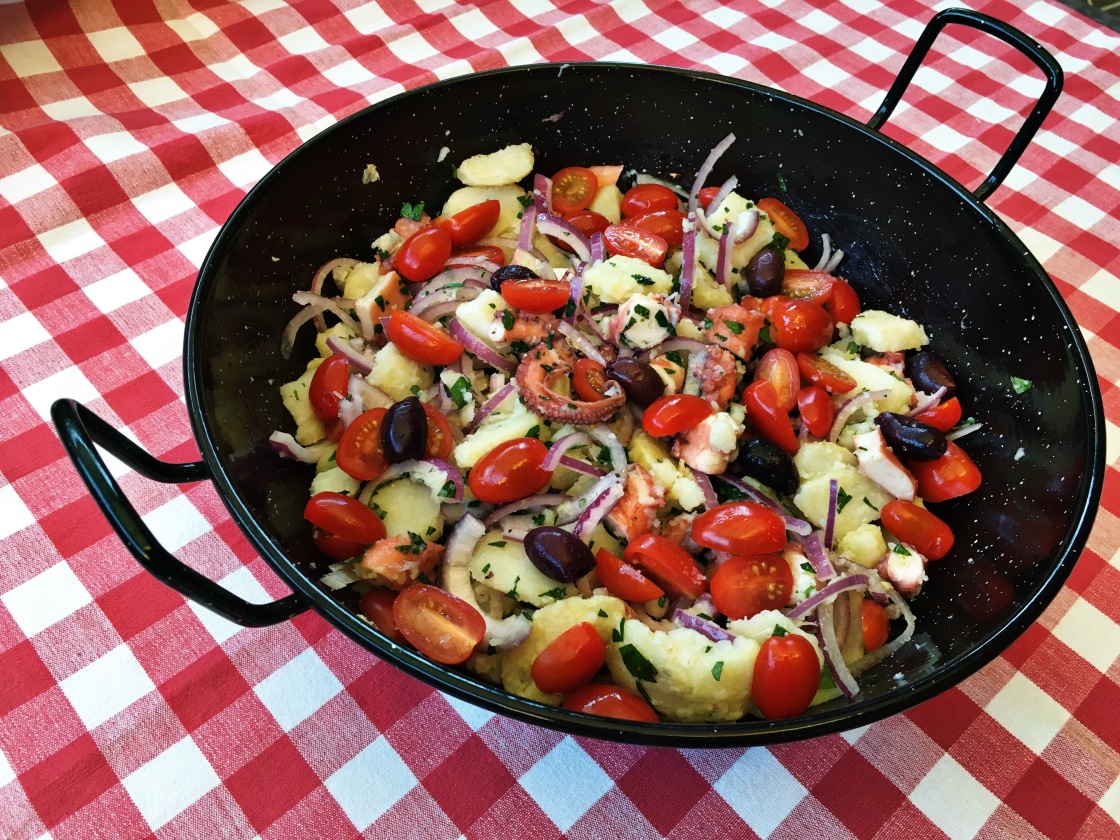 Ok, so I love octopus. I love it anyway I can get it – boiled, barbequed, roasted in the oven. This recipe is a traditional Croatian octopus salad from Prigorje – a county which lies in the Zagreb region.

Honestly there are tens and tens (possibly hundreds) of ways to do an octopus salad in Croatia but I like this style because it’s substantial and can be a meal on its own.

To make it less ‘heavy’ and more of a starter, take out the potato and add more tomato and olives.

And yes, if I say that I didn’t have reservations about cutting out the eyes or removing the stomach of an octopus, I’d be lying. But I did it and in the end it felt really liberating (that sounds weird but it’s true). Don’t be afraid, you can do it! And it tasted so good that the alien autopsy was worth it! 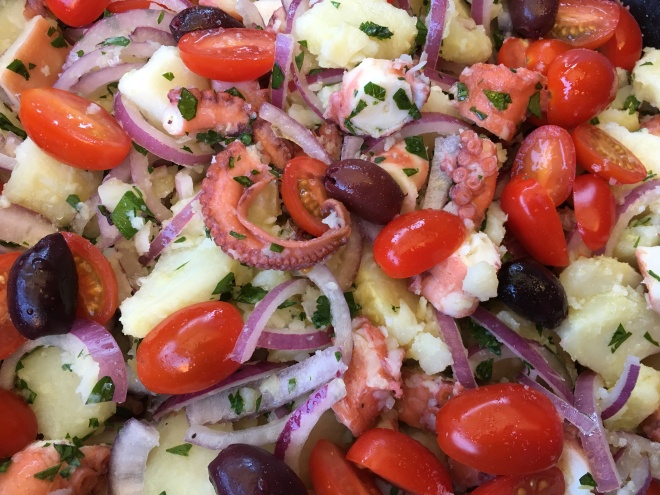 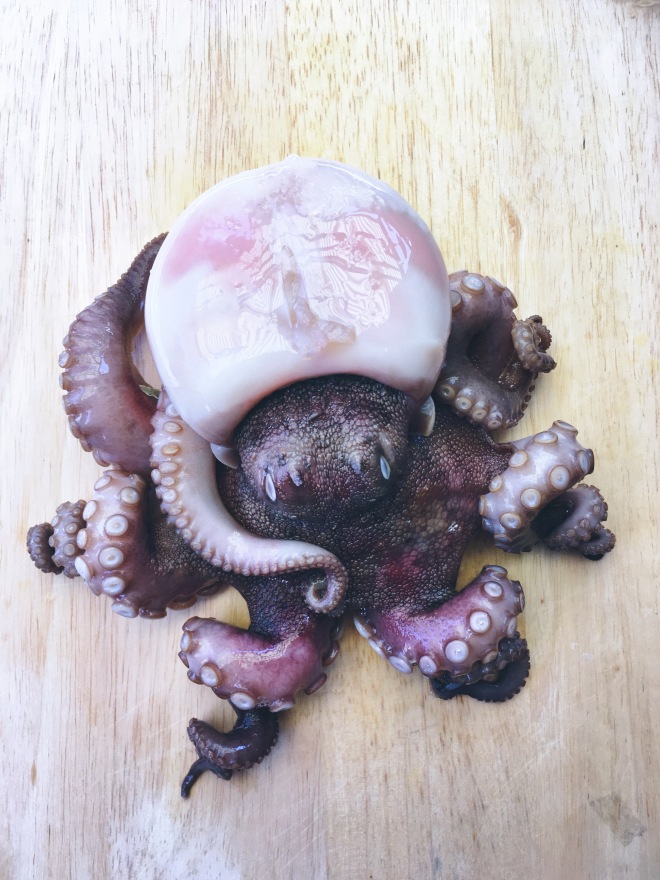 Let me know if you tried it and how it went! And if you really did disassemble an octopus!